HOW OUTDOOR SECURITY CAMERAS CAN PROTECT YOUR HOME AND FAMILY

You want to keep your family and your home safe and you’ve probably done a number of things to make sure that they are. However, you may be missing one thing that can do a whole lot for your family and is also super easy to install—an outdoor security camera system. One of the first things that outdoor security camera systems do is let burglars or potential burglars know that they’re being filmed. If they can see the cameras outside then chances are they’ll assume there are even more cameras inside or even cameras that they can’t see that could get them caught.

A camera that’s visible can be covered, blocked, or cut but cameras that they can’t see could be a big problem, and they can’t be stopped because they don’t know where those cameras are.

If someone is thinking about breaking into a home and they see that you have surveillance cameras, it’s definitely going to make them think twice about messing with you.

That’s important because it means fewer problems for you in the long run. You may even be able to see your neighbor’s home or down the street with the right security cameras, which can help you keep the entire neighborhood safer as well.

Cutting down on crime, whether it’s a burglar, someone breaking or defacing your property or anything else, the camera cuts down on occurrences.

Know When Something Happens These outdoor surveillance cameras also let you know if something happens around your house. There is a wide range of cameras and some may be just a camera while others may be a camera with motion detection sensors.

If you have just a camera, it means that you’ll be able to see what has happened around your home while you weren’t there or you can even monitor the cameras from inside your home or wherever you happen to be to see if something is happening.

If you get some of the more expensive camera systems you may even have a security team monitoring your cameras at all times to see if something has happened.

With more advanced systems, you may also have motion detection sensors that will trigger an alarm if something happens like the power being cut, the camera being blocked or otherwise obscured, or even someone getting within a specific distance of your house.

Some camera units are even triggered to only turn on or start recording if one of these things happen so that they don’t waste power or battery when there’s nothing going on and are ready to catch a problem as soon as one happens.

If something happens in or around your home the security cameras that you have can quickly help you identify the person who did it. All you have to do is go back through the security footage to the right time and you’ll be able to get an image of the person who broke into your house, damaged your property or anything else.

This is great because it means you get justice more quickly and you are more likely to get your property back if something was stolen. This can make it a whole lot easier to get back to your normal life.

Police can use your security camera footage to help them when it comes to arresting someone and a prosecutor can even use it for the court case, which makes it much easier for you to definitively identify the person who committed the crime and make sure that they pay for what they’ve done.

No matter what type of crime or even if it’s just someone down the road taking your newspaper or neighborhood kids digging up your flowers you’ll be able to see who it is and do what you need to in order to take care of it. New security cameras are coming out now that actually alert you when someone comes to your front door. These camera units allow you to see the person there, but make sure that they can’t see you.

Plus, you can check the cameras no matter where you are, which means even when you’re not home it will seem that way to a potential burglar. This can be great for deterring crime and making sure that you always know what’s going on at your house. You can make sure no one is getting too close.

These types of cameras are actually inexpensive as well and they can be a great tool for protecting yourself and your home. If burglars can’t tell when you’re not home, they’re not going to want to break into your house because they really don’t want to run into you.

They want to get the stuff you own and get back out as quickly as possible. These cameras make it more difficult to do that and you can get similar ones that will connect to different parts of your house, making sure no one is going to sneak in.

Watching Over Those At Home 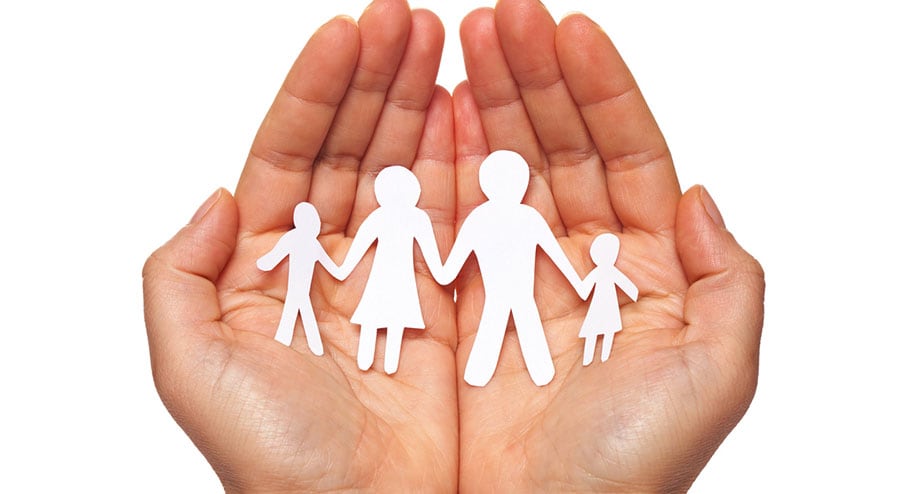 If you have older family members or even children in the home by themselves you can use cameras to keep an eye on them and make sure that they are safe.

This can be a great idea for those who need just a little extra supervision but generally do just fine on their own. You’ll be able to monitor them outside the house and make sure of things like children getting off the bus when they should, staying in areas they’re supposed to be and a whole lot more. This can help you keep them safer.

This can be especially important if you’re going to be leaving your children alone for more than a few hours. Older children even, who generally don’t need supervision to stay overnight by themselves may need a bit more in order to keep them from getting into trouble when they’re on their own.

You’ll be able to monitor whatever they’re doing and make sure that they don’t. You’ll also be able to see anyone that they bring into the house or when they’re going out of the house so you can keep them protected and take action if you need to check in on them personally. Did you know that most insurance companies will actually give you a discount on your homeowner’s insurance if you have a security system of any kind?

The better the security system the lower your premium may get and cameras are a great tool because they mean that if something happens you can catch the person who did it, which means the insurance company can get their money back and that means they are willing to pass on some of the discounts to you.

It can save you a whole lot of money every month for a smaller startup cost at the beginning. With some of the more common types of homeowner’s policies and some of the most advanced forms of security systems, you may be able to get as much as 20% cut off your bill just for having the system in place and making sure you keep it active.

That’s because it’s been proven that burglars really are less likely to break in and it’s far less likely for bad things to happen to the home that your insurance company will have to pay out for. They definitely don’t want to spend their money and so if you spend a little extra, they reward you.

You’re going to have a whole lot of great benefits when it comes to using an outdoor security system and cameras. You’ll be able to see what’s going on around your house at all times, which cuts down on the possibility of burglars and other types of criminal activity in your home and even in your neighborhood.

You’re also going to be able to keep an eye on the people who are in your home to keep them safer and to make sure you know where they’re going and who’s with them in the home.

You’ll also be able to save money, even though you will have to pay for the system itself and any kind of monthly fees. Cutting down on your homeowner’s insurance will definitely help you pay for the security system and may even give you a little bit extra at the same time.

You’ll be getting a whole lot of benefits and you won’t have to do anything extra yourself because the security system, once installed, is going to take care of itself and you. Not to mention the rest of your family. The better the system, the more effectively and efficiently it’s going to do that as well, so make sure you get the best. END_OF_DOCUMENT_TOKEN_TO_BE_REPLACED

If someone is thinking about breaking into a home and they see that you have surveillance cameras, it’s definitely going to make them think twice about messing with you.